Once upon a time there were five little boys. They were best friends. In the middle of the summer one of them thought it would be nice to go sailing. He spoke to his father because they had a ship. Finally, his dad agreed to take them to the sea. When they arrived at the port, they packed the ship with all the goods, cleaned it, pulled the sails up, and departed.
As their voyage began, they were having so much fun! On the first day they were fighting the wind and the waves, which made them extremely tired. By the afternoon the storm had subsided so they could rest a bit. The next day the sun was shining so they were having a great time. For example, they hung a rope into the water at the stern. While three of them were holding it tight, the other two started the engine. They were going faster and faster while they were pulling their buddies in the sea. Suddenly one of the boys, who was the last one on the rope, slipped off and disappeared. Thank God, they noticed it immediately and turned back for him. 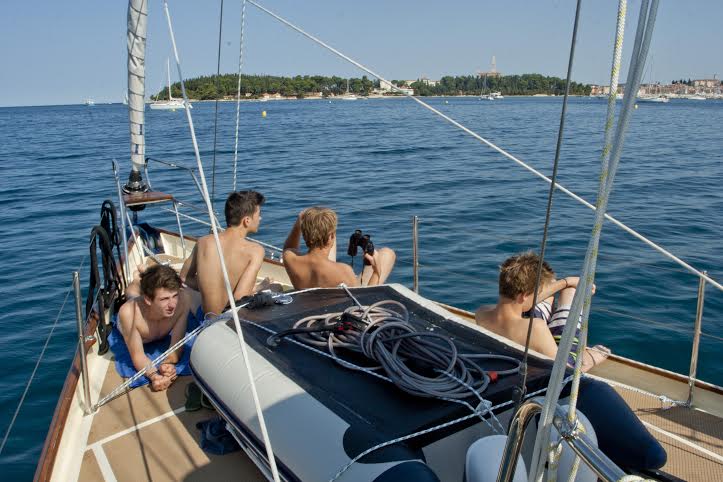 On the last day they found some huge cliffs from which they could jump off. What’s more, they discovered a nudist island which they sailed around a couple of times. (They had a pair of binoculars!) On the way home they saw a bunch of roller skating girls, which made their day again. To sum up, they had never had such a great time before! So they lived happily ever after…
Tóth Zsombor, 11. osztály